Copyright 2020. Created with love by TexasWebStudios.com 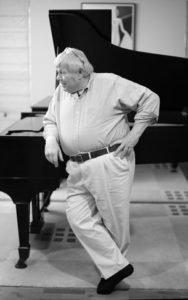 As a child sang at the Metropolitan Opera, e.g. Carmen and La Traviata; as an adult performed the role of Le Roi in Massenet’s Cindrillon for radio station WNYC’s broadcasts of live operatic performances from the Brooklyn Museum.  Many appearances in the Bay area as pianist, conductor, and singer have produced extremely favorable reviews.

Research cited by several scholars, e.g. Maurice Hinson (Music for More than One Piano, p. 48).  In 2008, certified nationally by the Music Teachers National Association as a Teacher of Voice—one of six in California—and as a Teacher of Piano, the only one in Marin County and one of three north of San Francisco.  On the Juilliard’s Private Teacher Directory as one of two Teachers of Piano and two of Voice in California.

1983               Citation:  The National Conference of Christians and Jews for Outstanding Human Relation

Copyright 2020. Created with love by TexasWebStudios.com